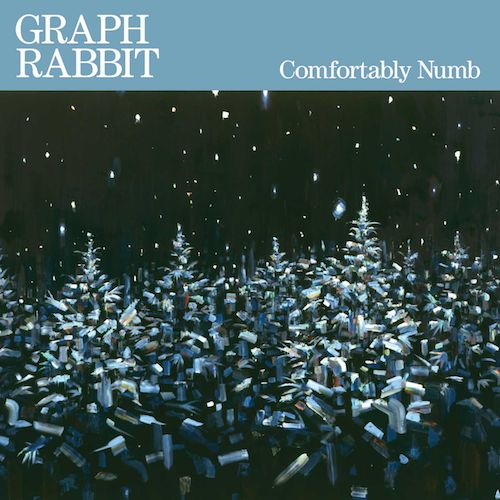 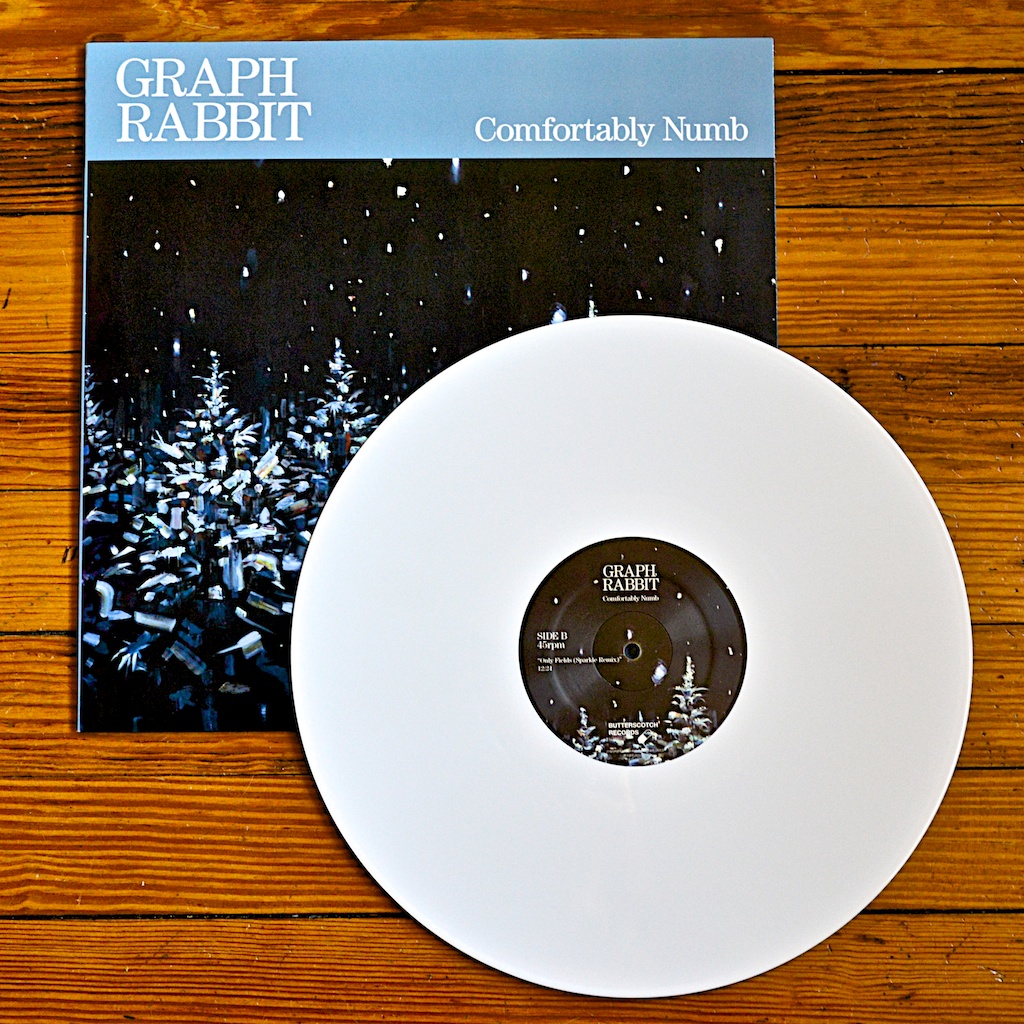 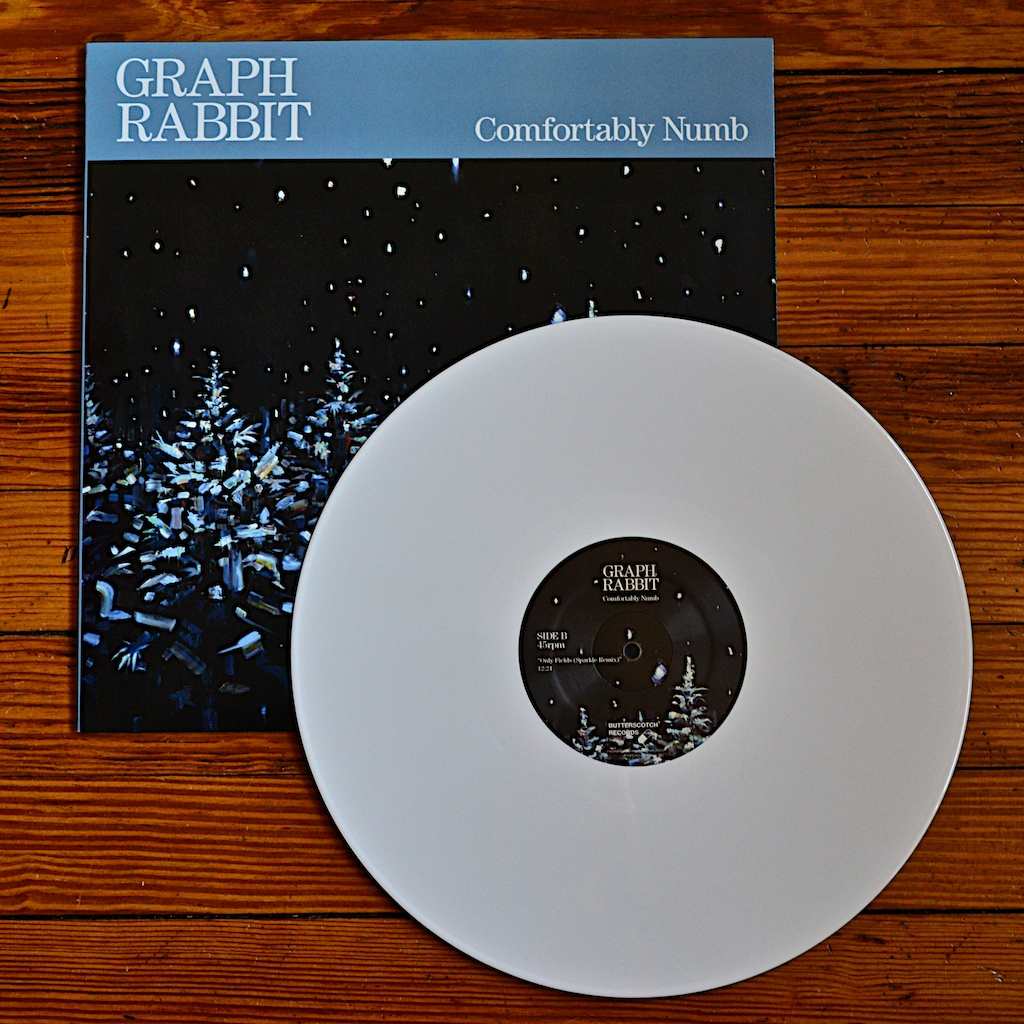 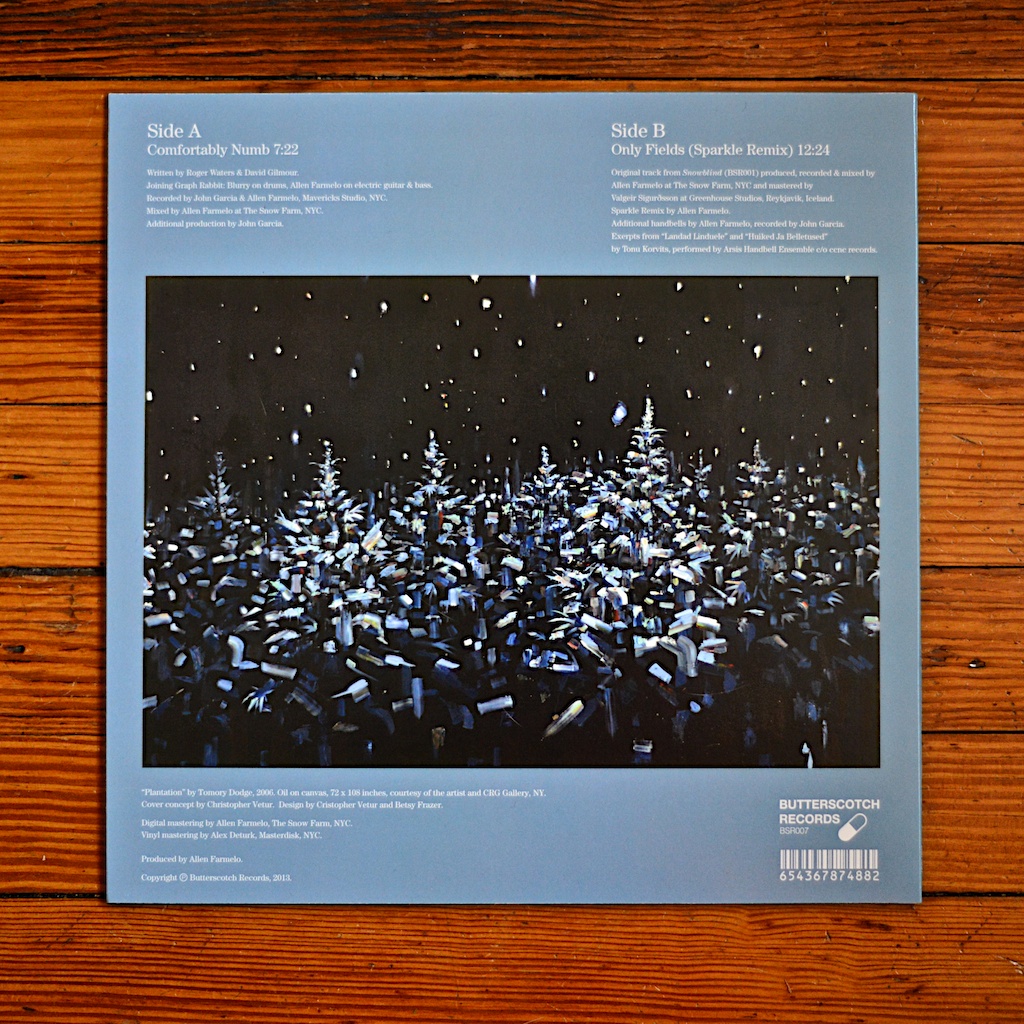 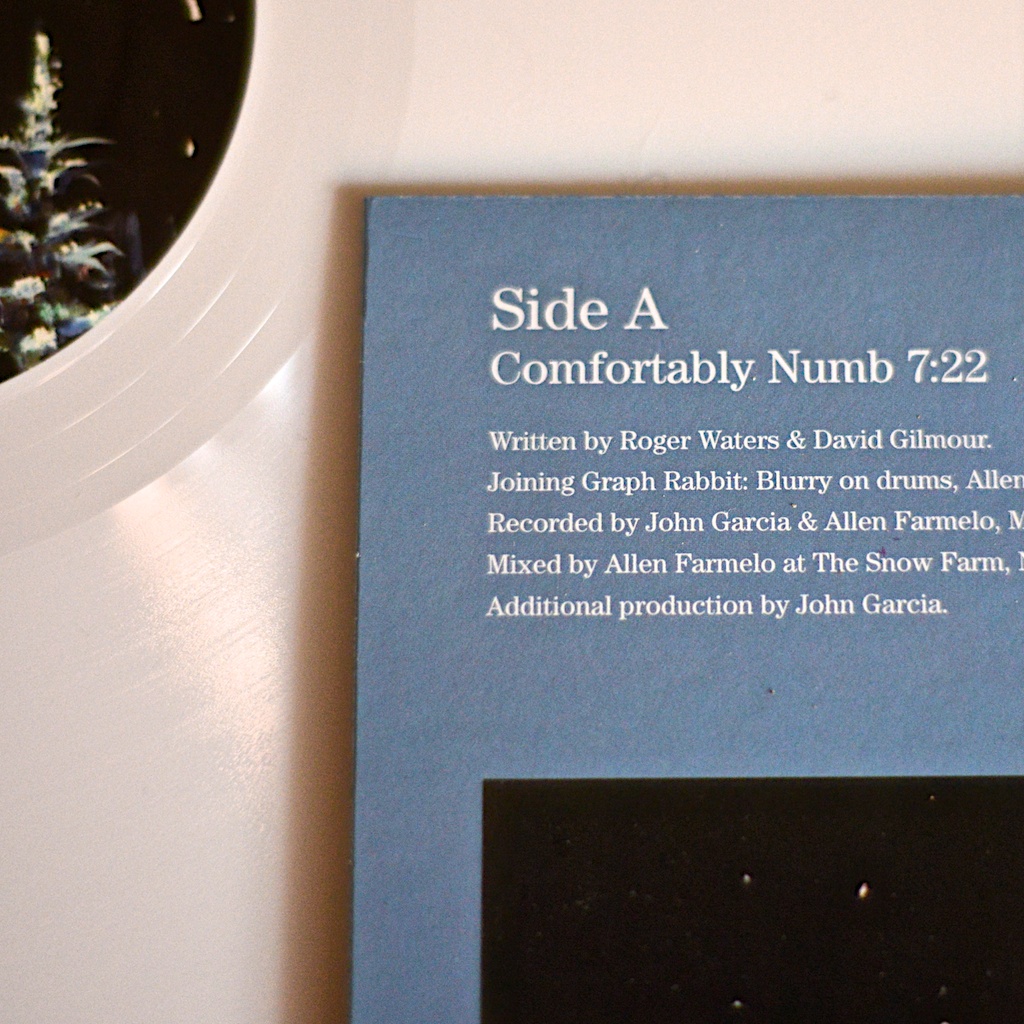 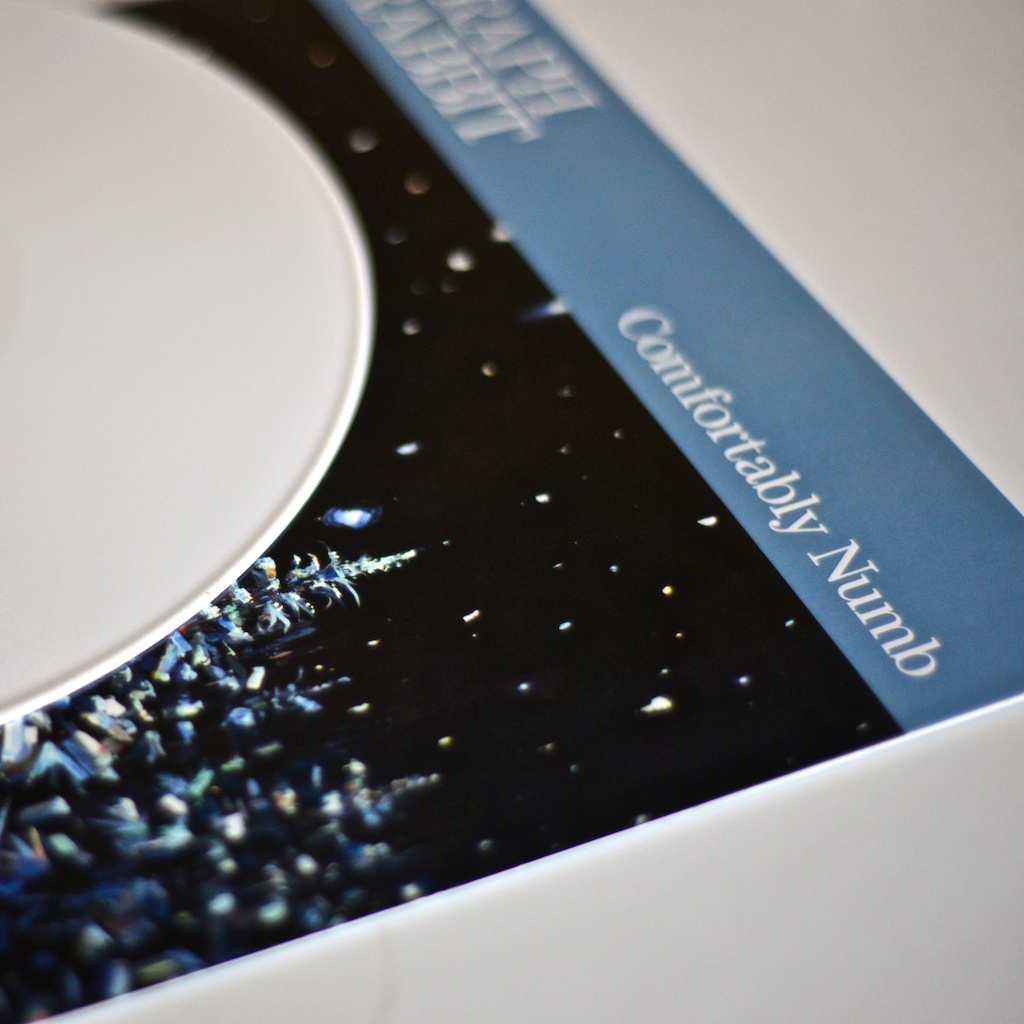 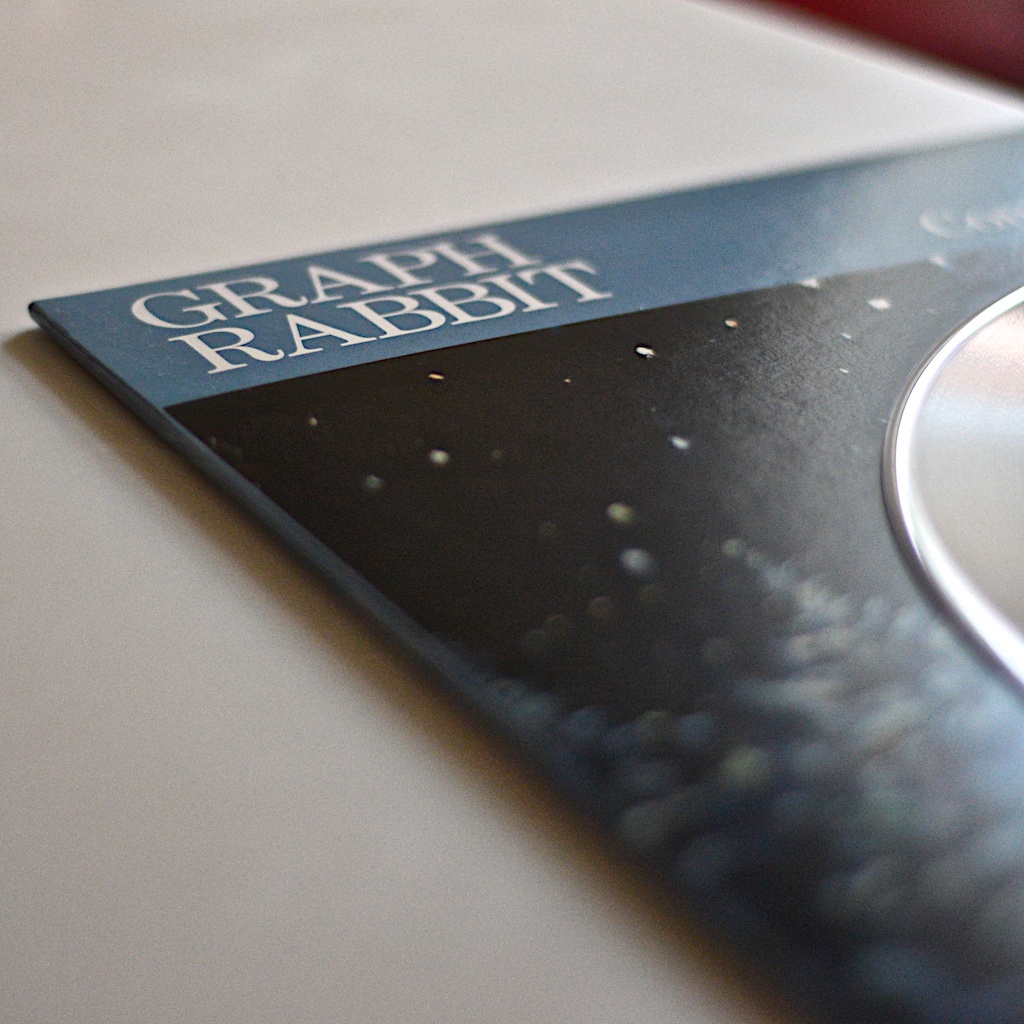 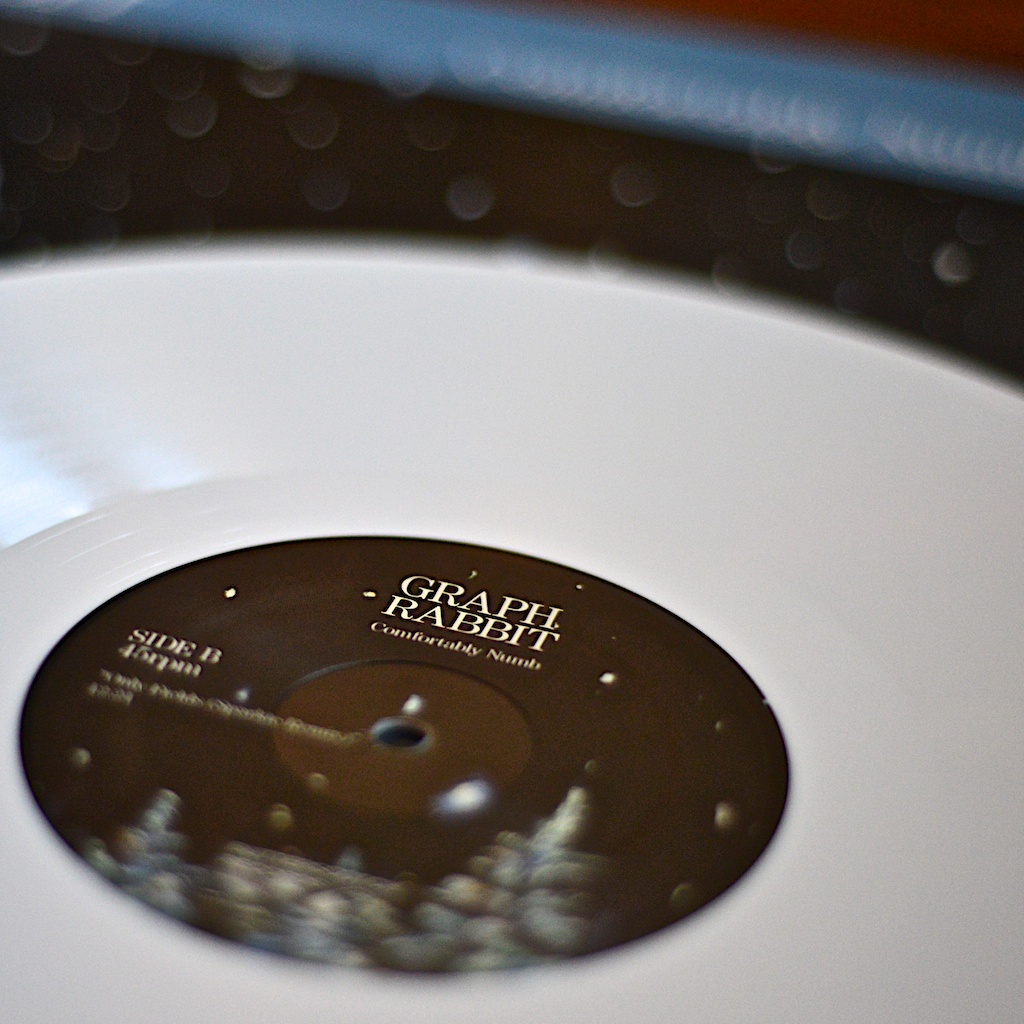 The choice to cover Pink Floyd’s “Comfortably Numb” grew out of a conversation between Graph Rabbit and their producer Allen Farmelo about how the band’s music casts a dream-like spell over their audiences. Farmelo quipped, “It’s like they have become comfortably numb.” Lead singer Austin Donohue lit up, proclaiming his love for the iconic rock song. Two weeks later they were in the studio tracking it.

During the weeks leading up to the session, Donohue studied both roles he’d have to play: the confident doctor played by Roger Waters on the verses and the vulnerable patient played by David Gilmour on the choruses. Pitched higher and more delicately than the original, Donohue brings a frailness to both roles, re-calibrating the song’s emotional center. Both doctor and patient appear caught in a strange, vulnerable moment together.

The track is 100% Graph Rabbit, with sedate acoustic guitar strumming and the endlessly evolving arpeggios that are the curiously seductive synth work of Shy Kedmi. But, this time, Graph Rabbit is joined by a rhythm section made up of producer Farmelo on bass and label-mate Blurry on drums. Cut live without a click track, the entire recording moves with a vast emotional power that allows Donohue’s vocal to just levitate in the mix.

Despite the fact that the guitar solos on Pink Floyd’s version from The Wall are some of the most iconic in rock history, Graph Rabbit was so focused on the vocal delivery that it wasn’t until the session that those assembled nervously asked who the hell was going to play the solos?

Farmelo, who recently undergone a temperamental return to guitar playing, took to the task himself and came up with a single take that – like the vocal – rearranges the emotions of the song. Devoid of the passionate, bluesy expression of Glimour’s solos, Farmelo’s fretwork casts an uncanny etherial fog out of which he pulls blurred melodies that somehow remain faithful to the original. The feeling is one of bliss rather than anguish – a different kind of numbness, heavy with psychedelic overtones and, perhaps, even joy.

The B-side is a 12-minute extended remix of Graph Rabbit’s single from their debut album Snowblind, itself a blurry bed of down-tempo acoustic guitar, rolling synth arpeggios and handbells sampled from and Estonian bell choir album.